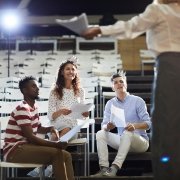 When it comes to the corporate world of business where English is the predominant language, non-native English speaking executives and team members can often struggle to deliver the impact they are capable of, primarily because of their lack of confidence or belief in their ability to deliver a message in English in a clear and compelling way.

With this blog, we want to help you by

So if you can speak in English but

The Cambridge Dictionary defines a non-native speaker as

someone who has learned a particular language (English, for example) as a child or adult rather than as a baby.

We often find that people who move from primarily non-English speaking countries to take up a position in a primarily English-speaking environment primarily have a problem with accent reduction, i.e. pronouncing vowels and consonants correctly, understanding stress or connected speech.

So whilst the word “Accent reduction” might not sound the most appealing, it is simply a phrase designed to make the second-language speaker’s English annunciation and delivery much clearer and reduce the influence of their mother tongue.

Why go for Accent Reduction?

The term ‘Accent Reduction’ can seem strange (even offensive) to some.

“Accents are great! don’t get us wrong –  really what we are about is helping you be understood easily, whilst still retaining your authentic self when speaking

But the reality is that even very advanced English speakers who come from a non-native English speaking background can sometimes be misunderstood.

They are often not confident in their spoken English because their level of pronunciation and intonation in English does not match their other skills. It is nearly always the mother tongue that is influencing these areas of speech.

Thus accent reduction is necessary for corporate employees and executives who like to increase their credibility by sounding confident.

Have a look below to know more about some common errors that often affect non-native English speakers. (Some of this might seem a bit technical, but we’ll try to go easy on you!) 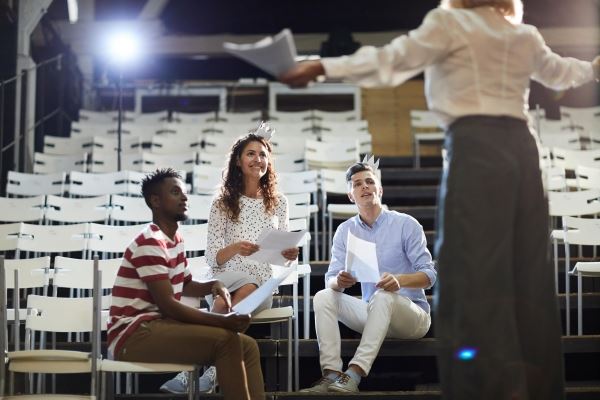 A key factor which can be a challenge for non-native speakers is the fact that English is a stressed based language.  What does that mean? Well, being a stress based language simply means some syllables are stressed others are not – and native speakers tend to “dance over” many of these syllables, which gives English a certain rhythm.

Many languages are syllable timed, (eg French, Italian, Spanish, and Turkish) which means that every syllable is given same time/weight/stress, making speech very regular.   This seemingly simple difference can cause huge problems in being understood to a native English speakers ears!

In addition, there are no “set in stone rules” in relation to what syllables are stressed and what’s not – unlike other languages.  So it’s tricky to train your ear!  Non native speakers are told to “feel” the music of English and to add stress naturally – now what’s a pain! and also complex to get right.  But also very difficult to be be understood if you can getting to grips with this irregular approach to stress.

Could your mouth make that much of a difference?

Try this out – If you think of a simple /t/ or /d/ and feel what’s happening in your mouth, then move the tongue or lips and see what happens! Completely different sound!   Do this with a few sounds in a word and you’ll have serious problems being understood very quickly.  So the subtle positioning of your lips, tongue, and jaw is critical to understand for a non-native speaker of English.

Accent Reduction: Common Errors while pronouncing Vowels – a bit of a mine field!

Learners usually import vowel sounds from their first language, and this holds the key to making many errors. The most typical mistakes occur where a learner pronounces the same sound where there should be 2 or 3 different ones. Try the following word groups; every vowel position should be different:

The 19 vowel sounds of English are spelled using a Latin alphabet of just 5 vowel letters: a, e, i, o, and u – an impossible task. This has led to many peculiar variations entering English spelling over the centuries, the letter ‘a,’ for example, could produce up to 8 different vowel sounds: 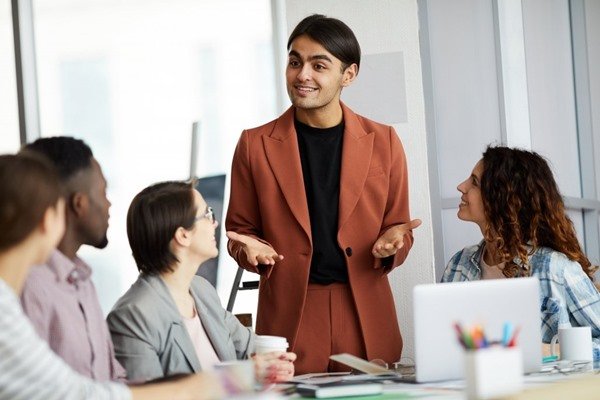 Whilst we believe this is easier to correct than vowels – errors in pronouncing consonants in English usually fall into a few categories, and again they will be language specific – e.g. if you are a french native speaker you will have different challenges to a Spanish native speaker.  We share a small selection to give you an idea:

1. Sounds that do not exist in the executive’s first language.

Many students do not have the two ‘th’ sounds found in English – /θ/ and /ð/; others may lack a /w, b, f, ʃ/ to name a few, it ultimately depends on the mother tongue. Learners will generally replace the sound with the nearest one in their language, so a ‘th’ may be mispronounced as /s, z, t, d/.

2. Sounds which exist in the executive’s first language but are pronounced differently in English.

Many languages have an ‘r’ sound. But the place and/or type is often different from English.

3. Sounds that are subtly different in the learner’s first language.

Many languages have what’s called a voiceless, bilabial, plosive /p/ sound, but not many languages aspirate the /p/ before vowel sounds, a subtle but important difference in English.

If you are a non-native English-speaking executive or a corporate employee in an English speaking country, then you might be making some of these mistakes. Let us help you with improving your situation.

As a non-native English speaking business executive, what are the next steps for you?

Imagine a world where you and your team communicated in a clear, confident, and unique manner successfully and with ease.

For a non-native English speaker, challenges related to pronunciation and clarity can lead to miscommunication, confusion, frustration, and ultimately hinder their professional and personal development.

At ConfidentSpeak, we work with our clients both individually and one-to-one as well as in a corporate group setting.

Our core focus is to help our clients overcome these challenges and communicate in a sharp, confident, and credible way every time. So, if you want some help to speak English like a native, and learn how to speak English more effectively in a business setting, then ConfidentSpeak is here to help.

Contact us or enroll in one of our learning courses for non-native English speakers to make your corporate life more comfortable and more satisfactory.

A Christmas Message From The ConfidentSpeak Crew!

To Celebrate International Women’s Day – Great Female Public Speakers...
Scroll to top
"In light of the Covid-19 crisis, we have taken the necessary measures to ensure that we can continue to support and serve our clients, while protecting peoples health.
For all inquiries you can, as usual, call us on 01 9696 956, book a free consultation call here or email us at info@confidentspeak.com
Call Now
Email Us
Cookies
We are using cookies to give you the best experience on our website. Find out more about which cookies we are using by clicking the Read More button..
Accept
Read more
Change Settings
Cookie Box Settings
Cookie Box Settings